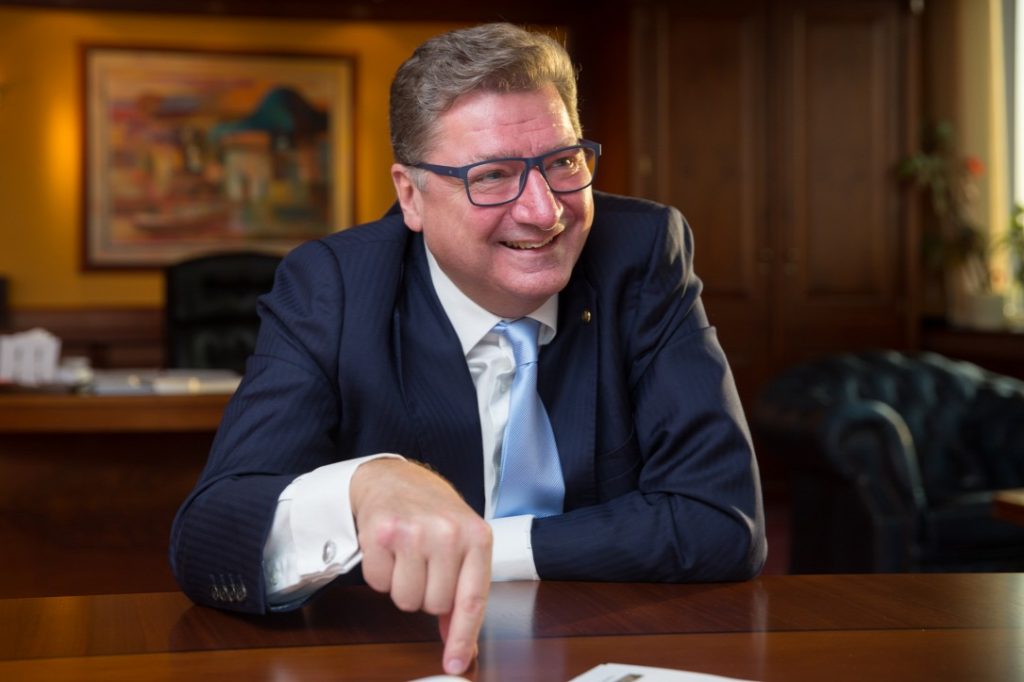 At a year-end meeting of the leaders if Hungarian regional and bilateral chambers, HCCI President László Parragh spoke about past achievements and future tasks of the Hungarian Chamber of Commerce and Industry. Mr. Parragh underlined that the prestige and weight of the chamber network has considerably increased in 2017.

„Our forecasts have proved to be correct”, Mr. Parragh stressed. „We estimated rightly that economic growth in Hungary would reach 4% this year. Although wages and consumption have also increased,  the general government deficit has remained  within the predetermined limits. The well-balanced budget would make it possible for the government to cut taxes and leave more money with employers in order to further raise wages, Mr. Parragh added.

Hungary’s improving economic performance has created a more positive social environment in which the general prestige of the chambers has also grown.„A major change will take place with the reorganisation of the HCCI’s Court of Arbitration. New members will be selected to the Roll of Arbitrators, a new presidium elected and sectorial courts integrated into the Chamber’s Court of Arbitration. The amendments will have to be approved by the General Assembly to be held in January 2018." Mr. Parragh said and added: „We hope these changes would improve both the international and domestic recognition of the HCCI’s Court and, instead of foreign countries, commercial disputes will be settled in Hungary.”

The President underlined that the Chamber’s co-operation with the government has brought some good results. „The government has accepted some of our proposals, including amendments in the tax rules of small companies” and he stressed that with the introduction of new loan structures and credit facilities SMEs have now a much more favourable financing environment.